Today I had what feels like a near death experience. The one person I would trust with my life (outside of my family) turned on me. She thought that after writing a long blog post about how much our friendship meant to me that she would be able to walk all over me. This is something I struggled with for a while. I was hesitant to write an appreciation blog on somebody because I was scared that the vulnerability I put out would come back to bite me. I was scared that opening my heart would allow people to know my weaknesses and take advantage of them. And I was right for thinking that.

She and I came from very different walks of life. Mine, a descendant of bankers and military officials and hers… well… not as successful. But I thought for once in my life that I’d not judge on where people are from but on who they are as an individual. I thought maybe it would be good for me to befriend somebody who was not as successful or as intelligent as I in hopes that I could learn some “Street Smarts”  or other life things that books don’t teach. I was wrong. But I learned through the argument that stemmed over a bitchy, unsolicited and unintelligent text message that she was not worth the energy anymore.

I’m not complaining and all of these decisions were finalized by myself but I regret them more than ever now. Because of her, I missed out on going to the dominican republic and/or Orlando because I wanted to provide her with a luxury vacation. You know? Taking sacrifices for friendship. But when I made that decision, I did not know that she had a jealousy of me and my lifestyle. I did not know that she wasn’t as in love with herself as she claimed to be.  I did not know that her actions wouldn’t add up to her words. And I did not know that she was a liar. LIAR? Not about everyday things, but saying that everyone was jealous of her because she was gorgeous (ok guys-even though are not friends anymore I will say she wasn’t ugly-but gorgeous is a MAJOR stretch). That she struggled with her roommate because her roommate was jealous that she wasn’t as “pretty” as her and would charge her for a mile drive to the glorified Target because she rocked a pair of shoes better than herself.  These were things I was apprehensive to understand and believe because I never befriended her because she was “pretty,” but because I liked what I thought was as the real her. Sure, we could make jokes about how were close because others “ Hate us cuz they aint us,” but I think hers was much deeper than that. For she wasn’t as smart as I or as pretty or fit. She wasn’t as financial stable or assured jobs in the future. I realized I played more. And after the argument I realized that there was nothing she could give me. When I talk about giving, I’m not talking about tangible things. I’m talking about friendship and companionship. She didn’t have connections that I could use for my benefit. She didn’t have the elite group of friends I have. She didn’t have the knowledgeable peers and family that could expand my learning parameters.

It may sound like Im making this more about myself but it is so important to know that, in the words of musician J. Cole “there is no such thing as a life thats better than yours.” It’s important to highlight what you bring to the table. It’s important to weight the pros and cons of you friendships and make decisions on if the friendship is worth your time and energy.

As an introvert, it’s extremely difficult for me to talk to other people and relate to their extraverted encounters/activities. As a nerd, its difficult for me to talk to people about anything that wont enhance my life or the lives of others. As a Christian, it’s hard for me to go to parties due to the generational expectation of dancing with a random guy and topping the night off with a meaningless hook up. As a determined human, it’s difficult for me to engage in the regular college activities due to my value of rest, money and success. Relationships are hard for me to keep and maintain due to the values I have. I don’t spend time on people who aren’t hungry to succeed. Their determination rubs off on me. I try so hard to surround myself with people who are trying to be the best at their schoolwork, sport, job, etc. Passion is key. Most people who are striving for greatness already have a lot of attention. And sometimes it’s difficult for them to open up due to their fear of being betrayed in some way. But I feel like in order for me to succeed, I have to surround myself with the energy of the determined. The only thing I want form these extraordinary people is their energy. I don’t like people who talk – I like people who do. I like people who put their mind to a task, and do it. It’s so important to surround yourself with people who share the values and attributes you possess. I have been called out by people who claim that I’m friends with certain people because of their status. But it’s really because they are the determined people and they give me the motivational energy I need to advance. A side effect of determinism is success so maybe thats why they are so well known… idk. But the spirits of others are contagious. What you put out is what you get back and what you give is what you get. And I’d rather have a few quality friends than a bunch of dead stock friends. 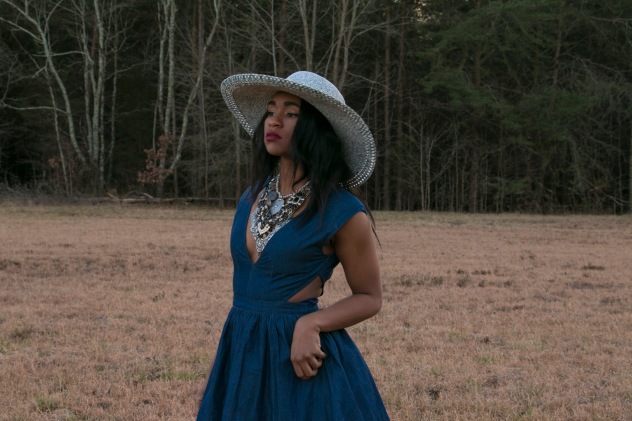